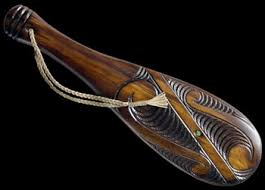 TO BE CYNICAL OR NOT

I love to bash politicians and politics in general but of late none of the practitioners have done anything I can find worth bashing. Maybe I am not looking hard enough or in the right places or maybe I have become so cynical that I just don’t give a damn anymore. OH SUGAR CUBES! I hope not. I know if I look long enough some dumb ass politicians will open his yap and spill out some stupid piece of verbiage. It is as inevitable as the sun rising.
Politicians come in all sizes and shapes and no one country has a monopoly on idiots, although the U.S. is up there in the high percentages. I think this high percentage has to do with the rapidity that the media pounces on the statements or actions of these pretentious sciolists (pretenders to knowledge) that somehow manage to get elected to a Governing body. For some instinctive reason these individuals seem to gravitate towards the ultra- conservative minded or lower stratus of society. They are the modern day demigods who feast upon the ignorance of the under educated or those who have a paranoid fear of change.
We all know the type, “If it was good enough for my grand pappy it’s good enough for me”.

Cynicism as a philosophy has been around since the 5th century BCE (Before the Common Era) perhaps the most famous cynic was Diogenes of Sinope. If ever a person stirred the pot it was he. The dictionary defines cynic as (1) an individual who has contempt for ease or pleasure, (2) or sarcastically doubts human sincerity or merit. I guess that makes me a semi-cynic as I like ease and pleasure and I usually only doubt the intentions of politicians. Be the Politian Municipal, Provincial, or Federal whatever he tells me I take with a pinch of salt. In order to get elected they will promise people the Keys to the Kingdom and once in office say they’re sorry but they lost the damn things. Now don’t get me wrong I believe that we need leaders the trouble is that the really good ones are few and far between. A man or women can be as honest and virtuous as the day is long but when they enter into the world of politics eventually the cesspool will pull them in.

When I was much younger and more naïve my Mother used to say that I would argue with God if he stood in front of me. I think she was right I would. That is if I believed. There are those who would say that the world has made me a cynic. Not true. I have almost infinite faith in the Human Species it is just there seems to be an overabundance of idiots running around out there. So if I am truly a Cynic I do hope I can maintain some humour in my Cynicism. Hey if you can’t laugh at yourself or others then what’s the use.

One thought on “TO BE CYNICAL OR NOT.”