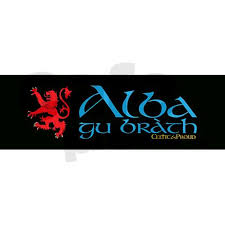 I am now the oldest living male descendent of the four Lee Girls from Troon. The oldest female descendent is but 3 years younger than me. Alas only one of the four Lee girls is still amongst us and I believe she is 92. This is “K” the middle of the five and my last Aunt. The story of these five ordinary but remarkable women would fill volumes. Born just before the depression but growing up during it. They also lived through World War II with “K” serving as a WREN in the Royal Navy. “M” the second oldest was in the ATS stationed on a RAF Bomber base in Scotland. “V” the youngest worked in a munitions plant in England. “E” the oldest worked for Fairey Aviation building aircraft for the RAF. “E” wasn’t a Lee girl she was a Scott a step-sister to the four Lee girls. Same mother different father. “T” my Mom stayed home and took care of the house. When the Commandos were formed the Headquarters for the 4th was in Troon and my Father was billeted in my Grandmothers’ house. It was here that he met my Mom and married her in late 1941, she was just 18. At 19 my mom gave birth to me and less than one month before her 21st birthday she was a war widow. Her experience wasn’t that uncommon back then as it happened to hundreds if not thousands of young women.
After the war my Mom got remarried to a Canadian chap who had been living in England before the war. He brought us to Canada in 1947. The next to come was “M” and her daughter “P”. “M” would marry a Canadian man with a young daughter and together they would have 3 more daughters. “K” and her husband and 2 daughters were the next to come along with my grandmother. The last to come here were “V” and “E”. “V” also would marry a Canadian and have 2 sons and a daughter. “E” never married. So by the very early 50s’ the Lee girls were in Canada raising their families and becoming part of Canadian society. Of all the children of these women 4 of us were born in Scotland.
These four Lee women, Irish on their fathers’ side and English on their Mothers. Their Father was born in Galway and their Mother, (my Nanny) was born in London, a Cockney. My Mom married a professional solider from Dundee so I am ¼ Irish, ¼ English, and ½ Scots by blood but in every other respect Canadian. To tell the stories of these four Lee women and their step-sister would as I said take volumes. Their lives and loves, joys and sorrows perhaps not much different than others of their generation but then again no two life stories are the same. Now four of the five are gone and only “K” is still with us. How she fares I know not as there seems to be a breakdown in the relationship I have with that part of the family. So here I sit one day into the beginning of my 73rd year thinking of my Mother and how much I wish she were still here. Alas that cannot be but the memory of her and her sisters these Daughters of Alba, these women we loved, still burns bright with those of us who are left to carry on.

2 thoughts on “DAUGHTERS OF ALBA.”