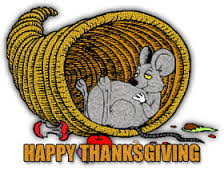 Monday, 13 October is Thanksgiving or as my oldest calls it “Happy Turkey Day”. The bird isn’t really that happy as he has been decapitated, cleaned out, stuffed, and roasted in preparation of being devoured by hungry humans.
The first recorded Thanksgiving in the new world occurred in Canada in 1548 when the Captain of one of the ships sailing with Frobisher in search of the Northwest Passage called on his ships’ crew to give thanks to God for their having survived a very perilous journey through ice fields and arriving safe at what was then called New Found Land. It wasn’t until 73 years later in 1621 that the Pilgrims celebrated their Thanksgiving at Plymouth Rock Colony. That is a little of the History of Thanksgiving. It sort of looks like we up here in the True North have a first over our southern cousins.
Our Thanksgiving is on the second Monday of October where as the American is on the fourth Thursday in November both of which are occasions for a family get together The holiday is to celebrate and give thanks for all the good things that have happened over the year. It also gives thanks for a bountiful harvests, at least that what it started out to be. In these times of consumerism where the majority of our food comes from mega corporate farms where everything from grains, eggs, milk, poultry, and meat are massed produced there isn’t much left for the farmer to celebrate. Holidays such as this give the Gourmet the opportunity to become a Gourmand and have a reason to blame it on. Yep! Thanksgiving where the “order of the day” is to stuff ones’ stomach to the point of rupturing. The dining room table will be groaning under the load of food it must bear. Turkey, or Ham, mashed potatoes, turnip, or some other vegetables, gravy, bread or rolls, wine for the adults, and milk for the kids. There will more than likely be the inevitable argument as to who gets the second drumstick as the head of the house gets the first. Before the devouring there will be perhaps either a prayer or some acknowledgement of Thanksgiving and after these quickly rhymed off words the amputation and dissection of the bird begins. In some households there is a ritual to the carving in others it just get on with it.
When the main course is done and everyone sits there bursting at the seams out comes the dessert which is usually Pumpkin pie with whipped cream. Even though enough food to feed a small army has been devoured there is always room for a slice of pumpkin pie buried under a mountain of whipped cream adding another 1000 or so calories to the 3 or 4 thousand pushed down at dinner. Now that the meal is finished the dishes done everyone sits around moaning how they ate too much. Yet in the same breath will ask if there is any more stuffing or pie left as it was so delicious they could force a small amount more down. This is Thanksgiving in the North America, which will be repeated in one month by our American neighbours. They too will go through the ritual ending in a feeding frenzy followed with the same complaints of eating too much but is there anymore. The amount of food that is consumed and or wasted at this time of year could possibly feed a small third world country. Very few of us think of that as we are too self-centred and selfish. Most of us who see photos of hungry or starving women and children say “Oh those poor souls” and go right back to doing whatever it was we were doing. I am ashamed to say that a lot of the time I am guilty of the same thing. They say that over a million children go to bed hungry every night and there are charities advertising for your donations to help. The problem is which do you give to and will it be used as intended or end up in some corrupt politicians pockets.
This is my spiel on Thanksgiving, which by the way I really don’t celebrate. It is not that I am not thankful it is just that I give thanks in my own way. So enjoy the day eat until you burst then complain that you ate too much and put on weight and will have to go on a diet again, and again, and again.
“HAPPY TURKEY DAY”. 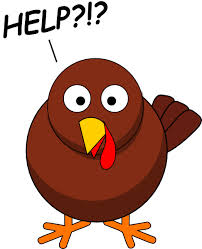 One thought on “THANKSGIVING”