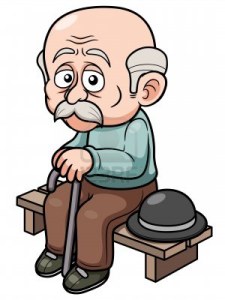 AGE AND THE HOSPITAL.

I am beginning to understand why seniors are afraid to go to the Hospital. From just observing it seems that at a certain age if one is taken into the Emergency Room one does not come home.
In the past couple of months we have had two ladies, I believe to be in their eighties, taken to the hospital. One (I) fell and broke her hip and the other (E) fell and shattered her pelvis. After a few weeks in the hospital (I) was sent to a nursing home where they have staff that can look after her. The other lady (E) died in the hospital just a few days ago. I have known a number of seniors who have fallen and broken their hip or pelvis and only one left the hospital alive. It seems that seniors, broken bones and hospitals make for a dangerous cocktail.
Now I am not suggesting in the slightest way that hospitals are death factories, to the contrary as I have had 3 heart attacks and an aneurism repaired at the hospital and was always given great treatment by the nursing staff. . It is just that if one were to let ones’ imagination run amok it could be very terrifying to go to the hospital. My Mother didn’t like hospitals as she always said that if or when you go to a hospital they always find something that’s worse than what you went in for.
Perhaps if she had gone in earlier they would have discovered and stopped, or at least slowed the cancer that killed her.
Years ago I had a really bad experience in the Hospital. I had an aneurism pop in my right femoral artery and was rushed into the E/R, but not the hospital in the town I lived in but to one in an adjacent town. I was left lying in what looked like a conference room for I think 10 hours or more. During that time, while my blood seeped out of the rupture filling my right thigh, I was seem by one Doctor who looked at me hummed and hawed then left. Thanks to my oldest daughter I was eventually transferred to the hospital in my town and surgery was done to close the rupture. This experience left me afraid to go to that hospital for years. I now live in the town where I had my bad hospital experience and guess what? I have been in that hospital twice now and it is not the same place. I was treated quickly and with courtesy so it just goes to show you how much things can change in ten years. I am not the least bit worried to go in the hospital. As I said I have known family and friends who are terrified of going into a hospital. Maybe like me they had a bad experience one or more times.

When one stops and looks around our building it is somewhat understandable why people have a concern about hospitals, you see we are all seniors, some more than others, and the sad fact is that when we get sick or injured we do not mend as fast as we once did. From my own personal experience with the health system it has been very good. It helped save my youngest life and has treated both my girls with no complaints or problems. There are some who have problems with the system and I can see that happening after all it is not perfect but it is damn sight a lot better than a lot of other countries. So as my Dad use to say “If the one eyed soldier can stand at attention at the sight of a good looking nurse your still alive.”

2 thoughts on “AGE AND THE HOS[PITAL”