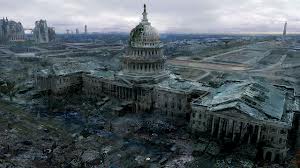 The Circus Maximus is starting to gear up in the U.S. First though there will be the Gladiatorial games where each party pits their entrants against each other in the primary fights to see who will represent said party in the final race, The Circus Maximus.
It is 20 months before the U.S. election and already a number of politicians have tossed their hat into the ring to compete for their party’s nomination to vie for the Presidency in the election on November 8, of this year. Between now and Election Day the verbal battles will take place and obscene amounts of money will be spent in the effort to buy the leadership of the country for the next 4 years. Each year the U.S. Presidential Elections becomes more and more reminiscent of the sale of the Roman Empire in 193 CE. The reason behind the previous statement is that every four years the cost of getting elected rises and the party that can raise the most money usually has the best chance of winning. Thanks to recent laws passed in the U.S. the amount of money donated cannot be limited. The predicted cost of this 2016 Presidential Election could be as high as $5,000,000,000, (billion) dollars. If that isn’t obscenely insane nothing is. I will be following the U.S. election season even though it matters not to me who buys the office. It does however have an effect on Canada as we are pretty well joined at the hip when it comes to certain aspects of sharing the same continent.

I will also be keeping abreast of our own Federal Election coming up in October. The big difference is our election campaigning last a mere 35 to 40 days and donations are limited by Federal Law. As we are a Parliamentary system as opposed to the American Republic system we vote for the party not the individual so the party with the most seats in the commons form the government and choose who will be their leader making that individual the Prime Minister.
In comparison to the Yankee Circus Maximum our election is a mere side show which is how we like it. I have also noted that with seven months till the election our governing party (Conservative) have already started with the political attack adds upon one of the other parties with I’m sure a lot more to come. The scramble on both sides of the border for votes has begun and in due course will accelerate until we the voters are swamped with pleas for support. So in the case of the United States “Ave Imperator morituri Te salutant” (Hail Emperor, we who are about to die salute you) for there will be many candidates falling by the wayside as the price of victory increases.

One thought on “LET THE GAMES BEGIN.”