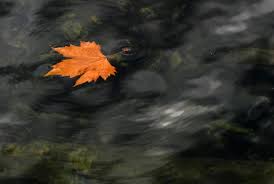 A POLITICAL PROMISE. 2015/11/23
The big item in the news this past week has been the Terrorists attacks in Paris. Related to that is the plight of the refugees fleeing Syria and other oppressive Islamic states.
Canada has pledged to take in 25,000 of these refugees by year’s end which is only 39 days away. Herein, methinks, lies a problem. During our recent election the Liberal leader, Justin Trudeau, now Prime Minister, promised that if elected his government would bring said 25,000 refugees to Canada by the end of the year. I agree whole heartily with bringing in these refugees, I think though that doing so in just 39 days is somewhat hasty. Both Ralph Goodale, Minister for Public Safety and John McCallum, Immigration Minister, say it can be done and done with all the proper security and health checks needed. This may or may not be so. If the amount of time is insufficient it should be extended. This is not breaking the basic promise just giving the agencies responsible more time to run the checks they need.
The biggest fear on peoples’ minds is that terrorists might get through the security checks. This is quite possible if they are determined enough and organized enough a few might sneak by. The Mastermind behind the attacks on Paris was thought to be in Syria at the time but somehow he had returned to France unbeknownst to French Security. Aside from security there is also the screening for health issues. There has been a polio outbreak in Syria and some cases of Tuberculosis both of which have been eradicated here.
There has been talk south of the border, that, only Christian Syrians should be let into the United States. ISIL doesn’t just make war on Christians they make war on their own if they are a different sect of Islam, Sunni against Shiite because like Christianity Islam is broken up into many different interpretations of the Quran just as the New Testament is. The belief in the one and same God does not guarantee unity and peace. It seems though that certain segments of our southern cousins are hell bent on being bigoted about anything.
Here in Ontario the government has stepped forward and said that we would accept 10,000 of the refugees. We have a number of abandoned hospitals and some areas on Military bases that can quickly made ready as temporary homes for them. Canada is a nation of immigrants and not everything has gone smoothly in the past accepting people of different cultures, ethnicities, colour, or religion but because of those very differences we seemed to have grown more tolerant over the years. We are however not perfect and bigotry and racism still raise their ugly heads as much as we would wish it otherwise. We have been informed by government ministers that security will not be compromised but as an ordinary citizen I would say to them modify the promise if the deadline runs the risk of being compromised. The plan calls for the intake of women and children and families only. No single unaccompanied males will be let in. This part might seem rather heartless but it is necessary and it is a good precaution on the part of the government.
We are half way through the 2nd decade of the 21st century and still the world is in turmoil. There are perhaps as many or more conflicts going on as there have been in the past 2000 years. For the greater part the fighting has been localized in small areas of the planet but of late they are spreading. They are like a snowball rolling down a hill growing bigger and bigger until it becomes a dangerous avalanche threatening all in its path. Perhaps by taking in refugees we are saving some from danger but then perhaps we are allowing that dancer to start rolling down a hill here. Time will tell but personally my money is with the refugees who given the chance will prosper and contribute to the greatness of their new home.

One thought on “POLITICAL PROMISE”