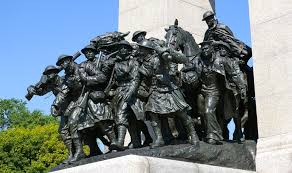 11th hr/11th dy/ 11th mth.
REMEMBRANCE 2016. 2016/11/11/
There are two very important days on the calendar, Canada Day and Remembrance Day. they are, to me, of greater significance than Christmas, New Years, Easter, or Thanksgiving. Canada Day is obvious as it is our country’s birthday and Remembrance Day is to honour and remember all the brave young men and women who have over the past 149 years stood in harms way to keep us free with well over 100,000 paying the supreme price for our freedom.
It has been 98 years since the “Great War” ended, 71 years since “World War II” ended, and 63 years since the “Korean War” which is in its’ 63rd year of a cease fire. Canada invented Peace Keeping in 1956 and became the world leader in such endeavours. In 2001 Canada changed its’ military role from Peace Keeping to Peace Making with its’ intervention in the Afghanistan War against the Taliban. Be it the call of “King and Country” or the United Nations, or North Atlantic Treaty Organization, Canada has always answered to call to arms in the name of Peace. In just nine months our country will celebrate its’ 150th birthday. 150 years of freedom and prosperity paid for in a large part by those who stood against enemies who would destroy our way of life.
The years are taking their toll as most WWII vets are in their 90s’ and even the Korean vets are edging up there as they are in their 80s’. There are no more living Canadian Veterans of WWI and it won’t be that long until we see the last of the Greatest Generation end their journey. It has been said that war is mankind at its’ best and its’ worst. Having seen it at its’ worst as a Medic in Viet Nam I can vouch for the horrors, the pain, and the suffering. I can also vouch for the camaraderie and bravery of the ordinary Grunt who goes out day after day on patrol never knowing if it is his number coming up this time. I have witnessed battle harden young men weep for the loss of a buddy but still carry on with the job at hand. Civilians have the misconception that soldiers fight for glory or country, no, they fight for their buddies standing next to him. They will not let each other down and die if need be for them. These ordinary young men and women are the ones who fight and die for our freedoms. For that they must be remembered. Even now after a bloody century of warfare (20th) we still rely on the young to protect us not from a normal enemy but from the religious fanatical terrorist who murder in the name of their God. This day 11 November is the day we honour and remember and thank them one and all for their sacrifices.
LEST WE FORGET