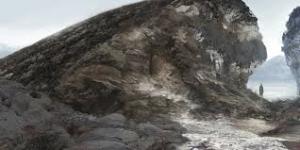 2018/02/26
Let’s see what I can dig up in the deep dark recesses of what suffices for my brain. Just 2 more days after today that is until the end of February. Is it me or are the days going by at warp speed, seems like it was just yesterday that it was January. Its’ just me. It is an absolutely beautiful Day here in the Golden Horseshoe. Clear bright sunny day and the temp is 4C. A little chilly but it beats those dull dreary days that are usually common at this time of year. Looks like March is coming in like a Lamb. Let’s hope it goes out like one instead of like a Lion. On this coming Wednesday I go to pick up my new glasses. I didn’t think I needed them but the eye exam said different. Guess it what you get use to. Anyway as people who really know me know I have a tendency to procrastinate. Like Manana. There has been 6267 days since the beginning of the 21st Century. Okay unless you’re a time keeper or an Astrologist what significance does that have. Personally I haven’t a clue, just thought I’d throw it out there.
Our P.M. was in India on a Trade Mission and some kind of scandal erupted over a Seikh separatist being photographed with the P.M. and his wife. Some M.P. accompanying the P.M. screwed up and invited said Seikh to some state function in New Delhi. Seems to be a big kerfuffle over a mistake. Of course this is just what the opposition likes to jump on. Speaking of which the leader of the Conservative Party, who is also the Leader of Her Majesty’s Loyal Opposition, Andrew Scheer, is in my opinion a twerp. Enough said on that.

2018/02/27
Another sunny day but still a bit chilly. Checking the long range forecast it is mostly on the plus side for March. This is weird. I know weather and climate change are different but climate change affects weather. Hell I’m no meteorologist (had to look up the spelling on that one) mostly I rely on my bones to tell me what the weather is going to be like. Ache. Rain, snow, or cold. No ache, weather will be good. Not very scientific but it actually seems to work, at times.
Before I forget. I’m at war with a squirrel. When I shut my A/C down in the fall I leave it in the sleeve under the window and I pack the sides of the sleeve with newspaper to insulate it. Now this little mama squirrel managed to pry the steel cover on the outside open and started removing the news paper for her nest. I closed the cover and taped it shut with duct tape. Figured that would stop her. Yeah, OK. She chewed through the tape and pried the cover open again. I began to think she has made her nest in there and there were babies. I took the cover off and looked inside, no nest, no babies. So I put the cover back re-taped it and this time I put one of my heavy wooden balcony chairs against the cover. So far success. Wonder how long it will last? Last year one of those furry little boogers torn my canvas chair apart and made her nest. Really peed me off. I went out to throw the chair away only to be greeted by this little face staring up at me. Hope they appreciated my soft heart because I couldn’t remove them. Left them there until they were big enough to go out on their own. One of the tenants bought a mechanical owl to try and keep the pesky little boogers off her balcony. I’ll have to find out if it is working. Squirrels maybe cute but they are destructive little pests. Well March is nigh upon us and with it comes another round of medical appointments for yours truly. First the Optometrist, then the Cardiologist with the possibility of getting another Angioplasty, then the Sleep Clinic, and finally my family physician. Methinks I’m keeping the local med, establishment in business. If it wasn’t so final it would be cheaper to shoot me.